Being a Lineman can be a demanding job dealing with being outside during any type of weather such as strong winds, rain and hail, but having the right tools for any job they do is key to getting the job done correctly. Many jobs linemen always require having a tool belt to give them the ability of always having the tools they need right there with them to use, including lineman battery powered cutting tools. All linemen have to follow safety codes as well as follow OSHA requirements before they can work on tasks or replacing wires and cables on telephone polls and various other tasks.

Every lineman should have these tools and equipment for any type of job they need to accomplish such as screwdrivers, the right foot wear, nut drivers, protective glasses, gloves, pliers, cutters, cable knives, hammers and a few other tools. The reason they need to have the right protective footwear is to ensure the lineman has the capability of climbing telephone poles and other various job requirements as well as the ability of performing their job to their best ability. Protective glasses are one the most important items a lineman should have on them at all times especially if they’re dealing with electrical work. Cable knives and cutters are mainly used for replacing any type of cable or wiring they need to replace and has the capability of holding up to 1000 volts due to being designed with insulated grips.

Linemen are required to have gloves on them at all times as well as wearing those gloves while replacing or fixing cables and wires due to the risk of being exposed to high voltages when replacing wires and gloves protect them from getting burns or being electrocuted. Pliers help the lineman with cutting hard wires as well as bending the wire and grasping the wires if the wires happen to be in a difficult location or are out of reach. Many experienced linemen recommend those beginners who are just starting out in this field of work to purchase waterproof boots as well as waterproof gloves for safety precautions with any and all job types. Some jobs might require lineman to have lineman battery powered cutting tools such as a branch trimmer or tree trimmer, mainly due to the possibility of branches being in the way of the lineman’s work or task.

All of these tools mentioned have all been highly recommended by experienced linemen who have been in this work field for many years, they all state safety is the first and main concern when your replacing or fixing wires then comes leaving the customer satisfied with the wiring you just did or finished. Linemen also have the task of working in different or difficult weather conditions in order to get the wiring or cables fixed and replaced properly, but being a lineman requires patience as well as the proper knowledge of replacing and fixing wiring and cables.

The Future Of Drug Testing

Applying for British Citizenship with an Innovator Visa 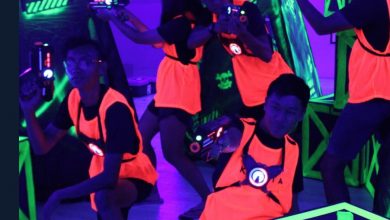 Laser Quest Singapore: Enjoy With Friends Like Never Before!