Accidents and mishaps can happen anywhere, with anyone and at any time. It could happen on the road, at the workplace and even at home. And though, we cannot completely isolate ourselves from the world, we can be cautious and mindful of our surroundings. Now, speaking of workplace injuries, there are some shared responsibilities for the employees and the employer to create a safe work environment. And when an employee is injured at the job, they could be entitled to compensation and PPD benefits as per the policy.

According to the PPD law and worker’s compensation policies of the organisation, various aspects influence an employee’s benefits. Let’s dig deeper and explore some of these key elements.

The worker benefits and compensations can be categorized as PPD settlement, pensions and structured settlements. And are applicable in different conditions. Permanent Partial Disability settlements are for people who could return to work with limited capability and lower-paying work.

Certain states maintain a list to set up basic guidelines for compensation based on the injury. Called as ‘Schedule of losses’, the list specifies the weeks of compensation a worker is eligible for according to the injury. These compensations however are often capped by state rules on wages.

The longer the duration for which the worker is out of work due to the injury, greater would be the PPD compensation. After an injury, workers usually receive a temporary disability benefit (varies with company policies) for a shorter duration. But, if the time increases, it is more likely that the worker would need the benefits.

The size and amount of the PPD benefits are majorly influenced by the rating issued by a medical examiner. The doctor would provide a rating for your damages and disability caused due to the injury. And based on these ratings, the employers are obligated to pay these benefits. However, it is important to attend an examiner who is unbiased and can give fair judgement for the case.

The current wages as well as the age of the worker are key influencers for the benefits. In some states, an elderly worker would be granted a higher compensation for the injury. However, this trend isn’t a general view across all states.

Also, since the PPD benefits are decided as a percentage of a worker’s weekly or average wage, it can impact however the worker gets. As the benefits are usually capped based on the state laws.

If you have suffered a disabling injury at your workplace and require assistance with your PPD claims, you can reach out to a trusted workers’ compensation lawyer. Whether you are unsatisfied with the current benefits or need any legal aid, we are here to help.

5 Ways to Get Cash in a Hurry

Artificial intelligence Is The Next Frontier of Improving Underground Mining Operations Importance of Having a Motorcycle Accident Lawyer How To Choose A Fair Fairfax Criminal Lawyer 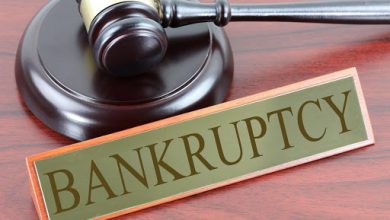