Braided hair is one of the oldest beauty techniques; although its origin is uncertain, it is said that it comes from Africa and dates back to 3500 BC; for this time, combing and caring for your hair was a symbol of social status and hierarchy.  But also, there are other countries and cultures in which braids defined the social class, ethnicity, marital status, and even religious affiliation of a woman or man.

It is said that the first braid was not precisely seen in a woman’s hair; the first records that have been found speak of an Assyrian gentleman, around 3500 BC, who appeared in public with his beard braided in small braids to adorn his appearance. By this time, combing and grooming one’s hair was already a symbol of social status and hierarchy, so grooming and combing one’s beard could have been interpreted as a maximum expression of elegance, so much so that both men and women copied it on their heads.

In African culture, one of the earliest references dates back to a clay sculpture from the ancient Nok civilization of Nigeria around 500 B.C. showing a figure adorned with cornrows. In Africa, historically, cornrows could be used to express religion, familiarity, status, age, and ethnic composition, among other attributes. When people from Africa were brought to the New World as slaves, they initially faced a loss of identity. As they made the “Middle Passage” (as they called the crossing from Africa to America), their heads were often shaved for sanitary reasons.

In slavery, many Africans brought braids to stay connected to their heritage and assert their independence. The style also accommodated the requirement that their hair is clean and well-groomed while working on the plantations. But it was not without improvisation. They had no combs or herbal treatments traditionally used in Africa, so slaves relied on bacon grease, butter, and kerosene to clean and condition their hair.

Many centuries later, with the popularization of this type of hairstyle in its many forms, people of all social classes and styles began to use it for its functionality, especially in summer seasons and places with tropical climates, as it kept the hair organized despite the heat and looked relaxed. The hippies of the ’60s adopted this functionality and romantic and straightforward aesthetic. Through their social movement and their aesthetics, they spoke of freedom and of retaking specific values of rural life and the care of nature, which had been forgotten due to war and modernization. With particular points in common with hippies, the bohemian style perfected in a braids hair salon was assumed by different artists in the 70’s also appropriated braids as one of the most representative hairstyles of its romantic and idealistic aesthetics with trashy touches.

Braids are adopted as an everyday hairstyle because of their speed and ability to give a fresh and feminine touch to your beauty look, so it is not uncommon to find yourself with a braids hair salon at every step you take. Among its benefits, we must list a significant one, especially if you are one of those who love to wear their hair loose and are not used to tie it: braids do not cause that annoying headache when several hours have passed since you wear them or when you undo them. In addition, many of the styles are worn casually; it is unnecessary to tighten too much the strands of your hair.

Braids are an ancient beauty technique with a long history. This type of hairstyle has transcended through different countries, genders, cultures, and centuries. Braids have been worn by men and women of all ages and social classes, which is indicative that no matter how glamorous they are, what economic position you have, marital status, race, and even religious belief you have; braids have always been one of the favorite choices when it comes to any hairstyle. What Are the Most Common Mistakes People Make When Getting a Tattoo? 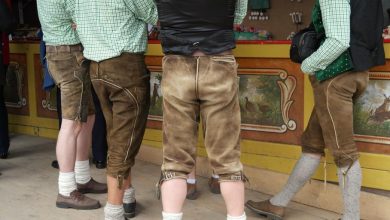 GO FOR THE LATEST STYLE RIGHT AWAY! 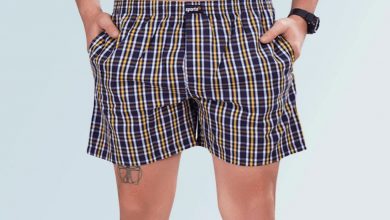 It’s Time to Upgrade Your Wardrobe; Top 5 Looks for Men That will Create a Buzz in 2021