Periods might seem a bit scary and mysterious sometimes, and they can be uncomfortable to talk about. As a woman or a lady, there is a high possibility you have heard several odd things about what you can do or cannot do when you are menstruating. Menstruation is one of those tricky subjects that, for years, has been perceived as taboo to even talk about it. This has led many girls to get a lot of bad advice and not understand that it is normal and something they should be comfortable with. It gets even worse for women with irregular periods as there is a lot of misinformation. It would be wise for any woman experiencing irregular periods in McDonough to separate the facts from the myths and take the right action that protects their reproductive health.

That said, there is no need to worry since periods are normal and not something anyone should be uncomfortable talking about. To straighten out a few issues, it would help if we bust some of the common myths and misconceptions about periods.

Irregular periods are the worst

If you are experiencing irregular periods, you should understand that there is absolutely nothing wrong with you. Your period can come early or late, and that is normal. It could be due to the early stages of puberty, a contraceptive you are using, weight loss or gain, and stress. However, if having irregular periods is becoming a bother, you can have it checked and treated by a specialist. After a comprehensive physical exam, your doctor should determine the best treatment plan. In most cases, your irregular periods should be treated with an IUD progesterone, hormonal birth control, a polypectomy, or endometrial ablation.

Periods should last for precisely one week

Women’s bodies are not all the same. Everyone is different, and that means their cycle is different as well. While the 28 days cycle is the average marker, that does not mean that it is accurate for everyone. The gap between periods could vary from 21 days to 35 days, depending on each individual. Likewise, the period can last a week or be shorter or longer.

While it is uncommon, there is a possibility of getting pregnant if you have sex during your periods. Remember, ovulation and the menstrual cycle are some of the things you cannot predict. Another complication is that if you have irregular periods, your ovulation can happen before or after the bleeding phase, so you can never be sure.

Exercising when menstruating is unhealthy and can potentially damage the uterus

Some people believe that exercising vigorously, especially dancing, while on your periods can destroy the womb or lead to infertility, but that could not be further from the truth. On the contrary, physical activity such as dancing could help alleviate cramps and sometimes improve mood or counteract feelings of fatigue, which is associated with the menstrual cycle.

It is good to understand that periods are not anything out of the ordinary, and the sooner we kick out all the myths surrounding this topic, the better. Everyone has a role in changing the cycle and ditching the stigma associated with menstruation. 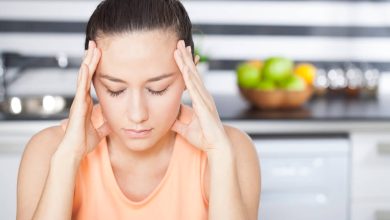 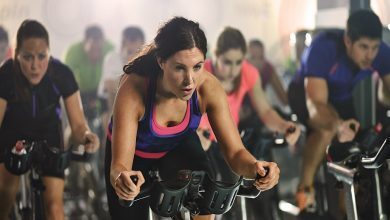